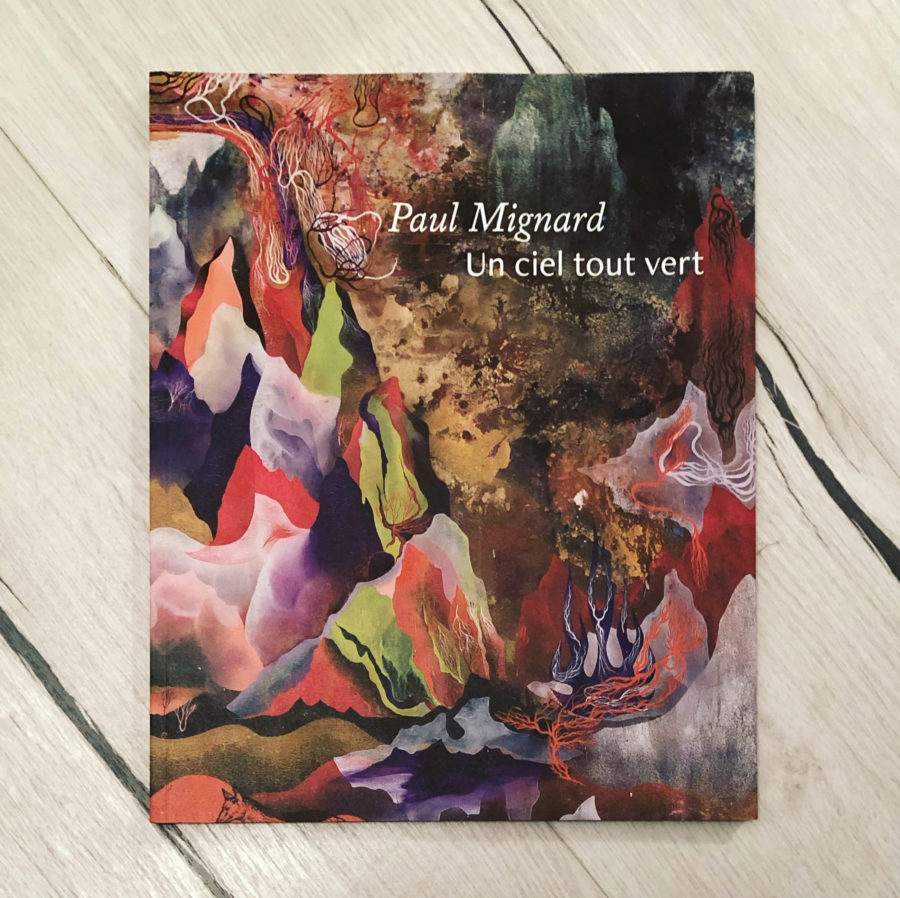 All these narratives overlap or succeed one another with the greatest command, while a myriad of either known or unknown profane signs share an uncanny, often grotesque dance with ectoplasmic forms, as if a medium had materialized the latter. Together, they draw visual, spiritual and sensitive journeys that could be called ecstasy-works, in the sense that they bring Paul Mignard out of himself.

Like Arthur Rimbaud, Paul Mignard is, without a doubt, a land-surveyor. […] It seems that painting – like music and poetry, which he also practices – isn’t an activity detached from him, but a sort of extension of his person that is almost organic: painting like a third eye, a fourth dimension, a fifth element, a sixth sense, a seventh heaven. Forms, figures, motifs: everything can be blown apart.

It depicts an occult universe, in which a horse guides its horseman. I like this twist on the notion of a journey: it allows us to look at things in movement. I’m particularly interested in the connection to the landscape. The horse in the book is like painting to me. I have to preserve it, take care of it. It is about an exchange, becoming one. Sometimes painting takes over, just like the animal!