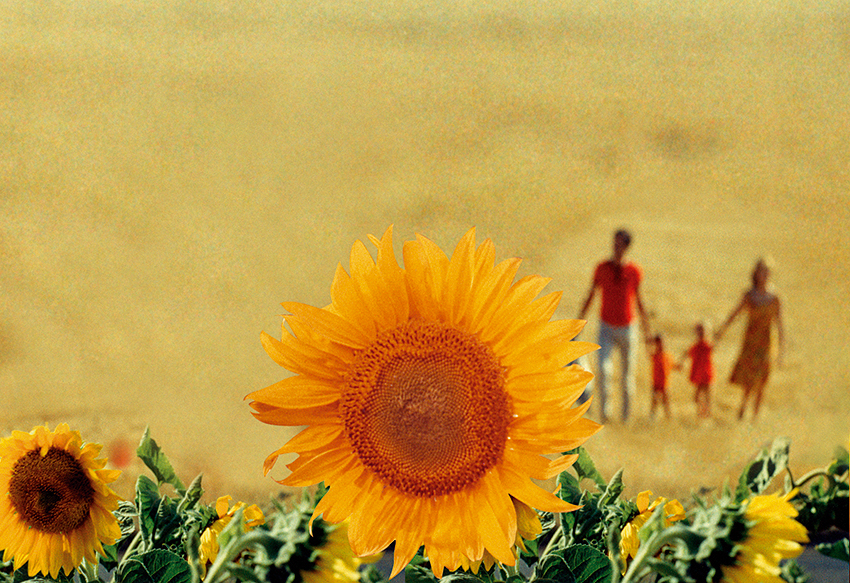 The first female director ever to receive an honorary lifetime-achievement Oscar from the Academy may jokingly describe herself as “the dinosaur of the French New Wave” to anybody listening, but she won’t let her work become extinct just yet. With the widespread digitisation of cinema over the past decade, the ninety-year-old Agnès Varda has been hoarding 35mm release prints of her films, which movie theatres no longer store for use. Before the advent of digital cinema packages, feature films were distributed in the form of five to eight rounded metal boxes, each containing 300m-long reels. The auteur of Les glaneurs et la glaneuse (The Gleaners and I, 2000) clearly knows a thing or two about recycling, and she’s been transforming such obsolete materials into architectures for viewers to inhabit since 2006.

Upon entering her third show at Nathalie Obadia, visitors are invited to pass under Arche de cinéma (Cinema arch, 2018), made out of 156 empty rusted reel containers labelled with the titles of some of her films and others by her late husband, Jacques Demy. Next, UNE CABANE DE CINÉMA: La serre du Bonheur (A CINEMA SHACK: The greenhouse of Happiness, 2018) nicely echoes the gallery’s glass roof, under which it is installed. The large metal structure’s walls, windows and doors are entirely covered with colourful translucent strips from a full copy of Varda’s Le Bonheur (Happiness, 1965). Brief extracts from this film, which touches upon a notion of, indeed, happiness, are screened alongside.

Viewers unfamiliar with the plot can glimpse Belgian actor Jean-Claude Drouot playing a husband and father of two who finds extra love in another woman’s arms. Eventually confessing his affair to his wife (played by his real-life spouse), he unspools the delightful theory that it doesn’t in the least subtract anything from their shared happiness, but instead adds to it. While it isn’t clear how excited she truly is about the maths, especially because her window-dressing role mainly consists in catering to her man’s needs and nodding at his every word, she is tragically found drowned dead soon after. For his part, skipping the mourning that would distract him from his bliss, he replaces her with his mistress and life goes on as if nothing had happened.

Unless you’ve been dying to see an extended talking version of Édouard Manet’s LeDéjeuner sur l’herbe (The Luncheon on the Grass, 1863), which directly inspired Le Bonheur’s impressionist settings, there is a high chance that you’ll find – as I did – its dialogues insufferably corny. Ironically, the film was originally 18-rated, this being a few years before the sexual liberation of the late 1960s. The supposed amorality of Varda’s scenario, which actually relates more to the possibility of polyamory than infidelity per se, was as passionately decried as her stunning cinematography was praised: it earned her the Jury Grand Prix at the 15th Berlin International Film Festival.

Deploring the lack of happiness in today’s society, and feeling nostalgic for the 1960s, Varda told the French public radio France culture that she wanted to revive something of that golden era’s utopian vibe. While she is adamant that she could not, nor would want to, make such a movie now, she hopes that the viewers would find – if only momentarily – simple joy in her radiant shelter. Like its greenhouse shape, some fake potted flowers displayed inside were further inspired by the film’s opening scene, which was shot in a dazzling field of sunflowers in midsummer. Hearing her describe her exhibition as “a radical passage from cinema to exhibition”, though, I can’t help thinking that not only have moralities changed a lot over the years, but so has what it means to be radical. Because, overall, this show is the most disengaged and disengaging one I have ever written about.